What was your first position at Mi-T-M?

I was hired as an assembler of hot water pressure washers. Mi-T-M had just started the production of these units. From production, I went to the parts department, then worked in shipping and receiving and now I’m just in shipping.

What is your current position at Mi-T-M?

Is there one memorable moment or outstanding memory from Mi-T-M that you’ll always remember? If so, what is it?

Desert Storm is something I’ll never forget. We worked 12-18 hours a day for 10 days to build those 2000 machines. On the last day we worked 25 1/2 hours straight and after, AJ made a toast to celebrate and then told us all to go home and get some sleep. Over all the whole experience of working at Mi-T-M is memorable; seeing the expansion of the company over the years; going from shipping nothing to now – it’s an astounding difference.

What are you plans after retirement? Or what are you looking forward to doing once you retire? 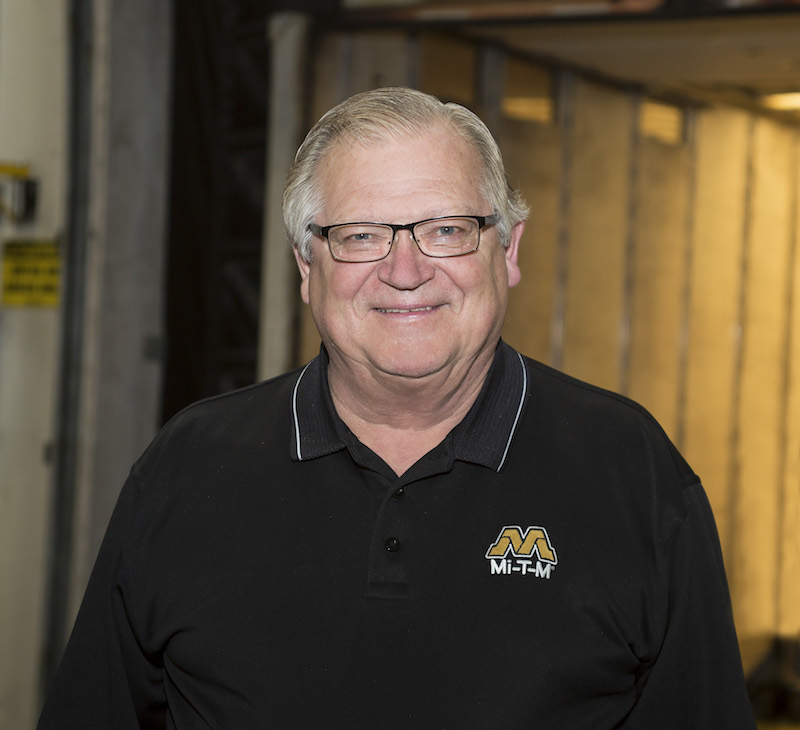 For people just starting at Mi-T-M, what would you say to them or tell them? (advice, tips, guidance, etc.)

Mi-T-M is a good company to work for. 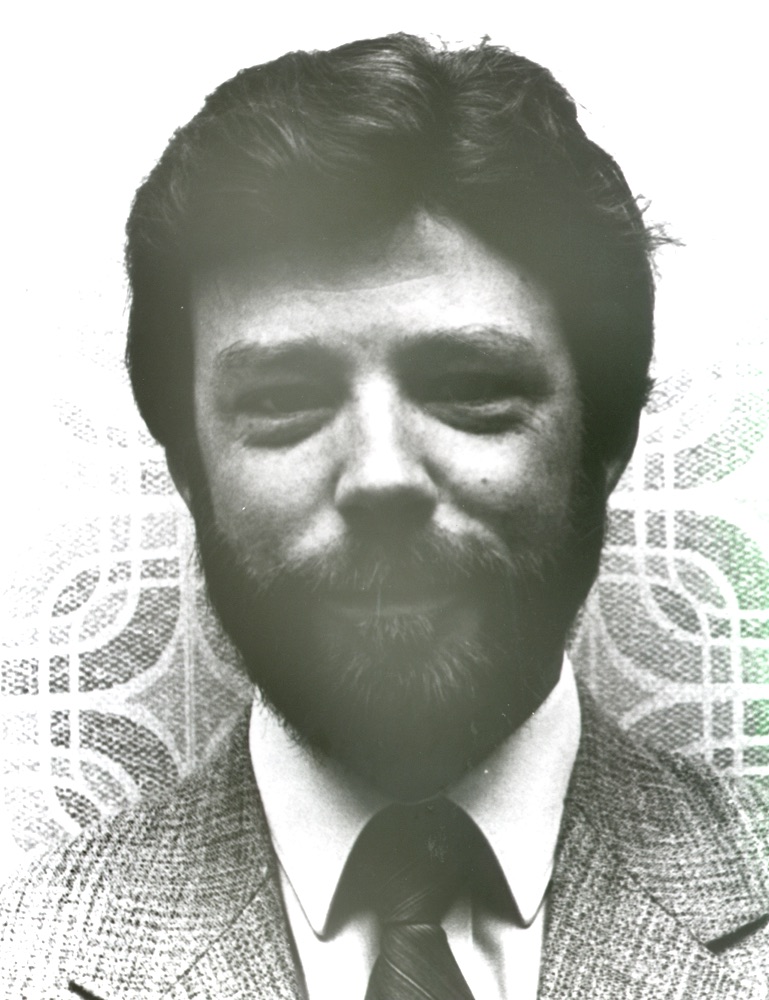 What was your first position at Mi-T-M?

My first position was in sales.

What is your position at Mi-T-M?

I’ve been Credit Manager for 26 years.

Is there one memorable moment or outstanding memory from Mi-T-M that you’ll always remember? If so, what is it?

Actually there are a couple. In the early nineties AJ would strap on roller blades and do laps around the plant at the Kapp location. After production left you could find him out there in the low light having fun. It always brought a smile to my face. He should dust them off and go at it again. Another was whipping up a batch of homemade Irish Cream a couple days before Christmas and bringing some in to share. It became a tradition and I was pleased that I was able to add to the holiday spirit. And finally, all the people that have passed through this great company on their way to somewhere else. There have been many and most have left strong contributions and fond memories.

What are you plans after retirement? Or what are you looking forward to doing once you retire?

I prefer to not call it retirement but an opportunity to do other things. Too much to mention in this small space! 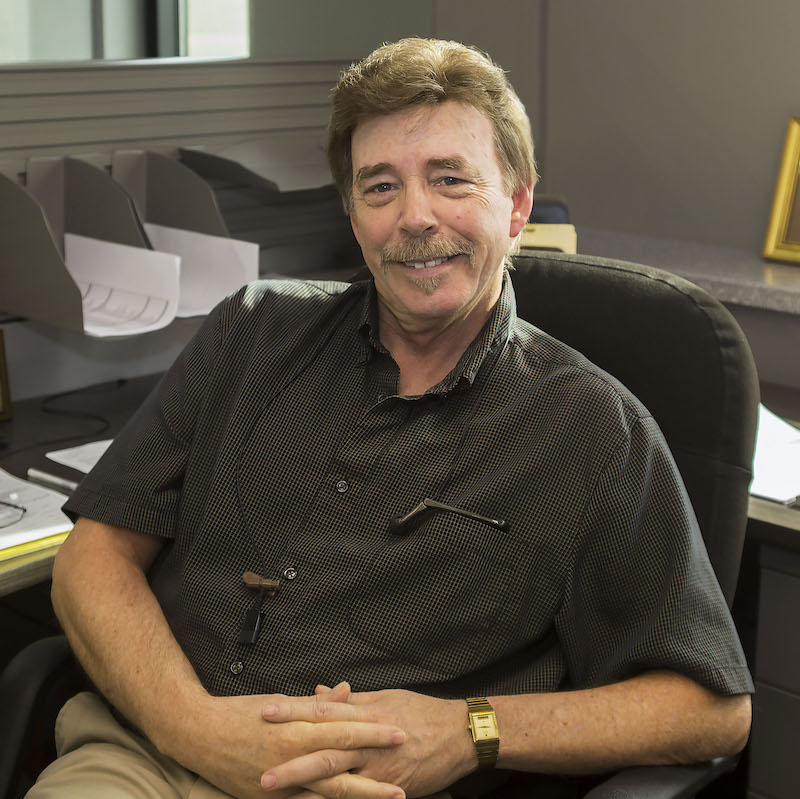 For people just starting at Mi-T-M, what would you say to them or tell them? (advice, tips, guidance, etc.)

Enjoy what you are doing and try to find a reason to laugh and share humor. Look up Donnie Holdridge; he is always good for a laugh. Do the best work possible. There were many who came before you who I’ve had the pleasure to know and who took pride in their work. They are the reason Mi-T-M is as great as it is. Build on that.

I do need to thank AJ, Sam and Tom Allendorf for the opportunity to work here and contribute all these years. I am very grateful. Best wishes to all the friends I have made throughout my time here.  Many have been with me since the beginning and I cherish the memories.  I look forward to keeping in touch – but maybe in the future that can be over a beer and a pool table.

Karen Steger -The “Voice” of Mi-T-M 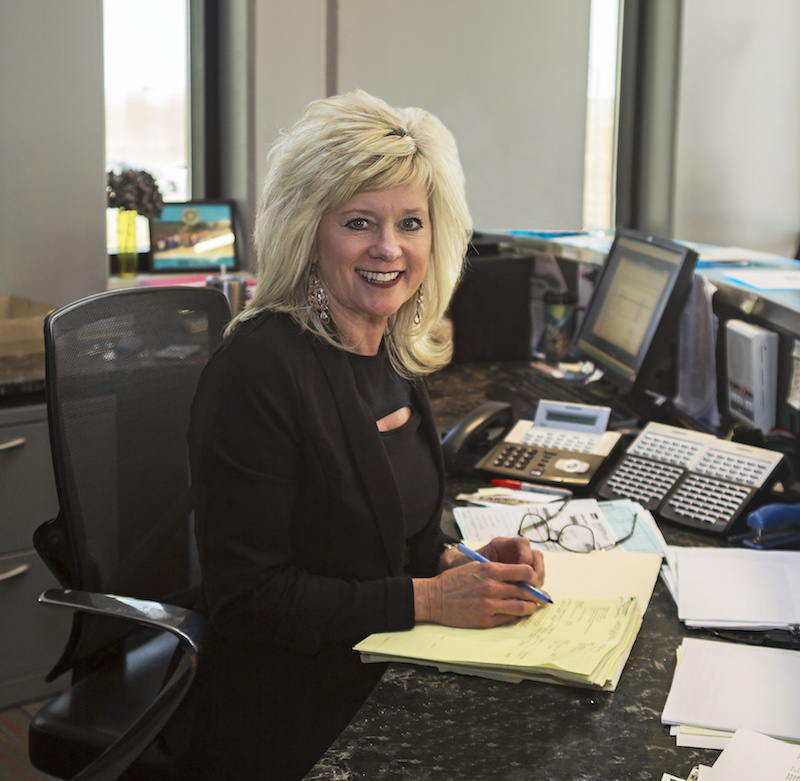 Karen Steger -The “Voice” of Mi-T-M

In the spirit of Administrative Professional’s Day, we’d like to introduce you to one of the most recognizable voices of Mi-T-M. For 26 years, customers have been greeted by the warm and friendly voice of Karen Steger – a humble employee who refers to herself as, “just the receptionist.”

As a potential customer’s first point of contact, it’s crucial for Karen to provide the highest quality customer service possible. Karen is the voice of Mi-T M which means she is also the first person many customers speak with when they call. She is on the front lines of giving every customer the best experience possible, each and every time.

Karen has had the pleasure of meeting many loyal Mi-T-M dealers and customers face-to-face when they come to the Mi-T-M Headquarters. Meeting customers and dealers in person allows Karen to distinguish who is calling just by the sound of their voice. Mi-T-M always strives to make every customer feel like the #1 priority of their company and Karen makes sure that happens with each interaction.

Karen has made many great memories at Mi-T-M that she’ll be able to reflect on for years to come. From being featured on the company calendar twenty years ago to a recent trip to Mexico where she was able to strengthen relationships with Mi-T-M dealers.

Customers of Mi-T-M equipment stay with us because of amazing employees like Karen and the quality products we create. 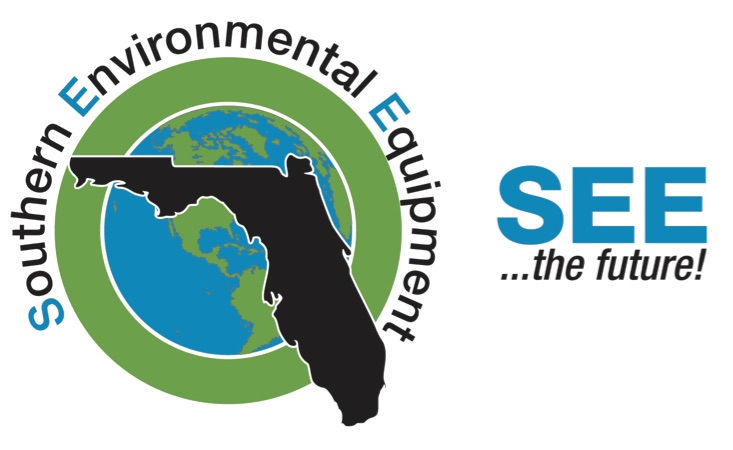 Southern Environmental Equipment‘s history can be summed up in two words: passion and growth.  The Florida based wash equipment dealer and servicer started from what many would consider humble beginnings. Prior to becoming the owner of Southern Environmental Equipment, Larry Shumate was a professional fishing guide on the Harris Chain of Lakes in Leesburg, FL. In 1992 a slump in the previously lucrative fishing industry caused Larry to hang up his pole, quit his career as a guide, and find what he describes as a “real job.”

Little did he know at the time, this would be a blessing in disguise. Shortly after quitting the guide service Larry’s journey to the wash industry began. He was introduced to Jim White, who at the time, was manager and owner of Southern Environmental Equipment. “I was hired on the spot at Southern Environmental Equipment and became a salesman.” Larry immediately sought to learn all he could about the business so he joined Southern Environmental’s service department. Larry explained, “I was immediately inspired by servicing equipment because it helped me see the many ways I could improve the design and function of each wash pad.” 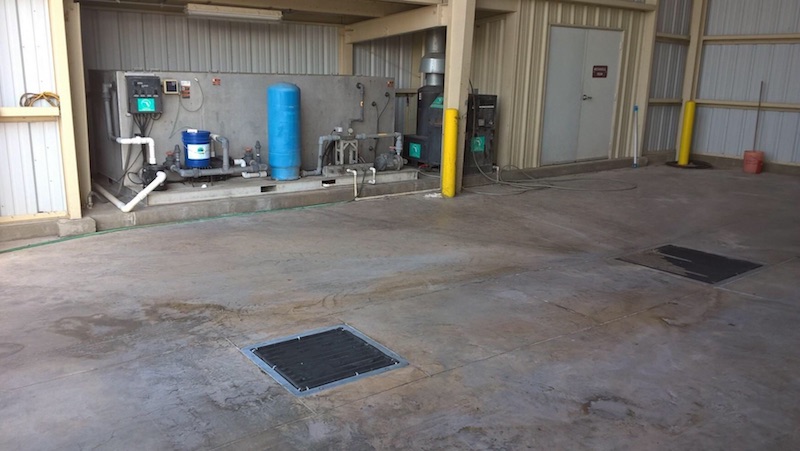 In 2001, Larry decided to purchase Southern Environmental Equipment. Following the takeover, Larry was introduced to Mi-T-M and became an exclusive dealer of their water treatment systems and pressure washers for the entire state of Florida. Southern Environmental Equipment’s two-man team took full advantage of this opportunity and generated enough sales to add five new employees to the sales team. 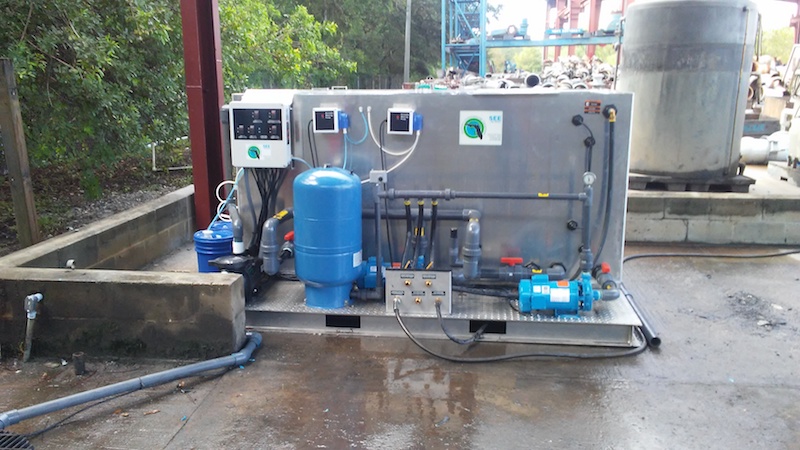 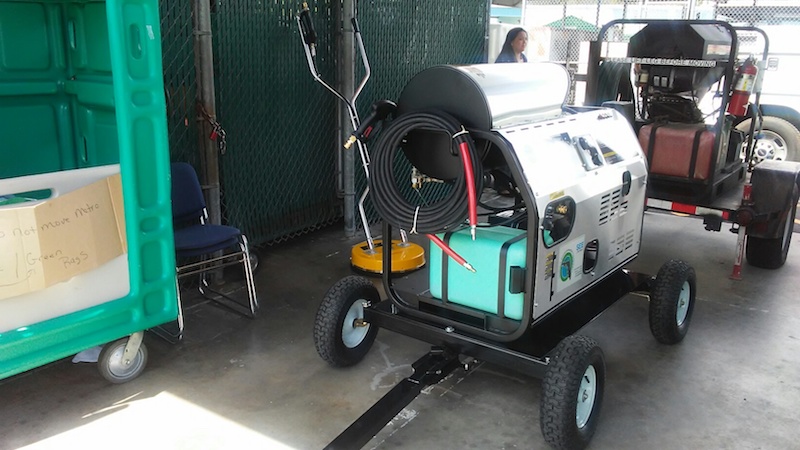 Larry’s contagious passion for the wash water business is abundantly clear at Southern Environmental Equipment. He and his team are very appreciative of the support Mi-T-M provides and says, “The partnership with Mi-T-M has transformed our business relationship into what feels more like a family.” Larry went on to explain, “I really can’t say enough about the employees at Mi-T-M because they all play a vital role in our ability to survive and thrive through the good times and the bad.”

2018 marks the 20th year that water treatment systems have been a part of the product offerings here at Mi-T-M and Southern Environmental was one of the first dealers to sell this line. In 1998 the first Biological reclaim system was sold to Arnold Palmer’s Bay Hill Country Club in Orlando, by Southern Environmental. Over the 20 years that system has been in service, it has processed millions of gallons of water that has been reused to maintain the fleet of equipment at Bay Hill.  The dedicated service Southern Environmental has provided Bay Hill and all their customers throughout Florida, is a testament to the performance and longevity both companies are known for. 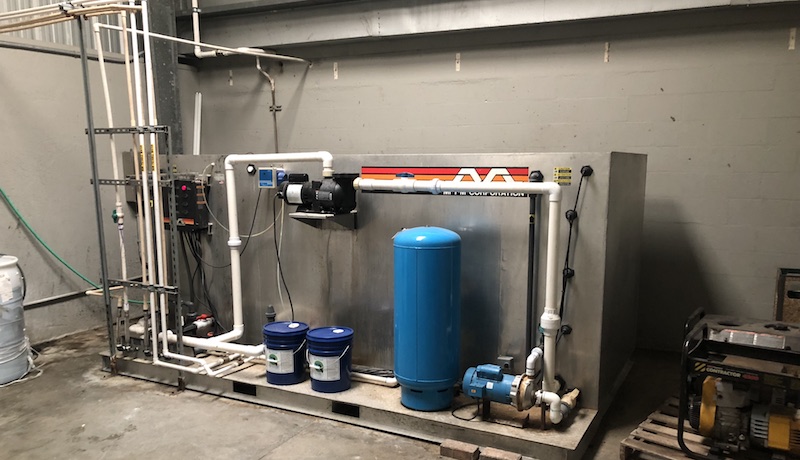 “During my 20 years at Mi-T-M, it has been a pleasure to work with SEE and I’m looking forward to many more years to come!” – Aaron Auger, Water Treatment Division Manager